Welcome to 2020. To be honest it is a year that I had hoped would not come, one that I have tried to put off thinking about for as long as possible. Now it is here, and I can’t ignore it anymore.

This is the year when we have to face up to the fact that there are no secondary schools in our area which are fully able to support my son. Like me he is autistic. He is full of academic potential, yet his education has been frought with difficulties because he has struggled in mainstream schools which didn’t know how to support him. The SENCO at his first school told us, and I quote, “he’d be a scholarship student if it weren’t for his behaviour issues”. Behaviour, that was all the saw. But we know the behaviour was a sign that he needed support, not punishment. He has never been a naughty boy, and yet that was how he was treated.

After two failed school placements by the age of 6, we were uncertain when he was transferred to a specialist BESD school. A school for children with Behavioural, Emotional, & Social difficulties. I was unhappy that we were being forced into this situation, as we had been through a traumatic two years and it felt like my son was being moved aside because he didn’t fit into the system. It took me a while to appreciate the teachers who didn’t judge, and who patiently gave my son the support and space he needed. We saw the “behaviour” issues disappear, and watched as our happy, curious, funny and often mischievous son re-appear. But his academic progress has slowed down.

I was glad of the teachers in his school, but I wished that he didn’t need to be in a special school to received an education. That there was an option where his needs could be met, and his academic potential fulfilled. I was frustrated that schools are not set up to support the needs of all students. How can we be inclusive when we move our children aside when they don’t fit into the system?

The older he gets, the more I feel the desire to ensure we meet his academic potential. I want all options to be open to him so he can choose the path that he wants, rather than face a limited set of options. He loves maths and science, and dreams of making robots one day. He wants a school where he can study these subjects. The challenge is how do we make this happen.

The sad reality is that he can’t go to a mainstream school. The teachers have told us that he would struggle without a supportive environment and his mental health would quite likely be impacted. The schools are not set up to include children who are different, and have additional needs. Children who are neurodivergent.

He would struggle in a classroom without adjustments. It is likely he would be bullied and singled out. I often hear the phrase “children can be so cruel”. Is this really the case, or is it the fact that we are not reinforcing the need to be inclusive and considerate of others who are different? Is it the fact that they have seen classmates moved out of the school when they are struggled in an environment unable to support their needs? Is it the fact that we are quick to point out that fully inclusive schools aren’t possible - due to the cost and complexity of trying to support every child?

While the special schools in our area may be able to support him in the way that his current school does, they don’t offer a full choice of GCSEs let alone A-levels. They focus on teaching life skills and are more geared towards supporting young into jobs by providing them with vocational training. This is amazing, unless you are academic and wish to pursue further education. Unless you are like my son. They are unable to support his academic needs, and help him fulfil his academic potential.

That leaves us with trying to find a private specialist school, and there are some schools that we have found which do focus on ensuring academic success for autistic young people, and have a history of their pupils going onto university. The down side is that they are more than 90 minutes away from where we live, and at £6k-£10k per term it is not an affordable option for us. This means going to tribunal to try get a funded placement, which we know is not an easy process. I know of parents who have gone through tremendous struggles trying to get the right school placement. If we do get the funding through tribunal then we face some difficult decisions. Does my son travel each day, which means 3 hours travel each day. Does he board, do we move? These are not easy decisions to make, and I also need to think of my daughter who is settled in at her school.

If none of these options work out, do we need to home school. The challenge is my son keeps school and home separate, he is insistent that school work is not done at home. It would mean that either my husband or I will need to give up work. Becoming one of the many carers forced into giving up work to take care of a young person with additional needs, because the support is not there. Neither of us are teachers and have no idea how to teach a young person maths, science, computers. How likely will our teaching give him the level of education required to gain entry into university? What about all the experiences he will miss from being in school? What about the chances of making friends with classmates?

We are lucky in so many ways, he has a curiosity which means he wants to learn more. But it is hard to sit by when I know his ambitions and his potential, but it seems he will be restricted by the settings that he is able to go to.

To me it feels like an  impossible situation. There is no clear cut choice, no easy answer. I know from my own experience, and that of other Me.Decoded contributors what the impact of a wrong school can be. The impact on a child’s mental health, the long-term hurt and pain than can arise from feelings of not fitting in and lost potential.

I am not the only person facing this difficult choice, there are many parents/ carers who are facing this reality. We have a SEND crises, a mental health crises, children are being confined to seclusion areas/ rooms to manage challenging behaviour, they are routinely being excluded by mainstream schools not setup to support their needs, and young people from as young as 11 are being locked up in mental health units. Why is this? Is it because we’re are trying to fit these young people into a standardised system, and then excluding them when it doesn’t work out?

This is also having a tremendous impact on families and those caring for these young people. Families being torn apart from the ongoing battles they need to face, year after year. Families without support. Families on the edge, holding on and hoping they make it through. Families like ours.

This year I have to face the question - do I need to make a choice between my child’s education and his mental health. Is there an option where I can have both? Am I more likely to have neither?

This is the question I face because, like the one in ten people who are neurodivergent, the system is not designed to be inclusive for my son. I have heard similar concerns raised for people who are dyslexic, dyspraxic, or have ADHD. When you are different from the average, in an inflexible system, then you are likely to struggle. Constantly swimming against the tide. You are disabled by the system.

How do we ensure that children like my son are included - that they achieve their academic potential, without risking their mental health. How do we support young people and their families to prevent small challenges turning into big problems, and stop people being side-lined before their lives have even begun.

Just before Christmas, I had the opportunity to speak with a peer in the House of Lords and we spoke about this. We talked about the challenges of trying to fit people in a system instead of having a system that is able to support the needs of different people. A person centred approach, where education, health and the wider family impact are considered as a whole rather than addressing the individual components independently of each other. I was asked what I wanted of parliament, which was an unexpected question. I didn’t know what to say as a thousand thoughts came rushing to mind.

My wish for new decade, which will end just after my son finishes school, is that the system will change. That education, health and family support will come together to find a way to support those who are different instead of pushing them to the fringes where they risk being partially / fully disadvantaged by an infrastructure unable to accommodate them. I just hope that in 2030 there isn’t a parent who has to face a year like the one I am about to face, and does has to ask themselves what is more important - their child’s mental health or their education.

Helen is the originator and founder of Me.Decoded. A passionate advocate for Neurodiversity, - diagnosed as autistic in her 40's after a lifetime of feeling like she was on the outside looking in.
Previous Post
Autism, Personal Stories, ADHD

How I struggled through education and work, oblivious to my autism 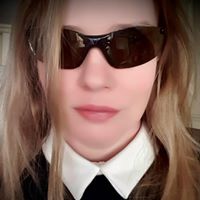