I am exited to welcome Danny, who blogs at ABCs of ADHD, as a new contributor to Me.Decoded. He has ADHD-PI, and I loved his description of people with ADHD as being like "Ferrari engines with bicycle brakes".

This is his story.

Tell me a bit more about yourself

I am a guy in my mid-twenties who really cares about mental health.

But before that, I was a very happy child but then a very awkward teen. My teens were when my mental health problems really started going out of control and I was suffering from severe depression and anxiety, avoidant personality disorder and finally depression.

It sounds a little sad but it is my history and I am not ashamed of it as it made me who I am today.

When were you diagnosed with ADHD-PI?

School was easy for me; despite the aforementioned difficulties, I was a very curious child so I managed to make my way through school using my smarts. However, college was a different matter altogether. Unlike the externally reinforced structure of school, college was much less restrictive. Where others would see that as freeing, for someone with ADHD, it’s unstructured hell.

I failed constantly until I realised that it wasn’t normal and went to talk to my GP. By that point, I had already guessed it was ADHD.

What challenges have you had?

I have very severe symptoms so it affects EVERYTHING I do. From sleeping to eating, everything I do have scars of my constant struggles with my symptoms. I’ve only made a good amount of change in the last two years and even then, I have only really gotten myself up to a functioning level.

Looking back, the worst part was probably when I moved out and was literally eating a sandwich a day as I never got hungry/ couldn’t be bothered to eat. I lost over 10 kilos. I have only managed to regain that weight recently.

What strategies do you use?

The technique I use to be constantly vigilant is essentially mindfulness. I try to wade past the maldaptive habits and emotions to try to understand what I am feeling and why.

I’m still in college. I’m currently on my 8th year of a 4 year undergrad. I’ve stumbled and failed a lot, but I’ve recently managed to find a system that works for me and have managed to start passing everything.

Do you think there are any benefits linked to ADHD-PI

I’ve seen people say that people with ADHD are more imaginative, creative and intelligent but that is a slippery slope. While it is commonly true, it also depends on the person themselves. ADHD doesn’t make people all of those things but those traits are not uncommon in people with ADHD.

What I will say about ADHD is that due to our tendency to get bored, we will find a faster and more efficient route. While other will stick to the box, we are literally unable to so we will find ways to complete the work faster.

I actually did an internship in an engineering firm for almost a year. It was one of the most positive experiences in my life. I know I am good at problem solving and figuring stuff out.. but my self-esteem was low due to the constant failures.

However, I managed to thrive at work. It really crystallised in my head that I AM good at problem solving and am not a constant failure.

Did they know about your diagnosis?

I had told them I had ADHD. As my symptoms are quite severe, I start slipping up in little ways (like time management) so I make a habit of telling people I will interact with a lot, that I have it.

What strategies did you use at work?

I used a few common strategies. I listened to music as I worked which allowed me to focus easier. I had a fan blasting air at me as I’m hypersensitive about temperature and being warm makes me irritated and frustrated. Lastly, I used a footrest to stop myself from constantly shaking and sit up straight.

Who should employers consider for ADHD-PI employees?

People with ADHD are like Ferrari engines with bicycle brakes; we are very good at doing one work for an extended period of time.

Personally, it’s easier for me to do one LARGE job than two much smaller jobs. Give us a job with a SET amount of work (people with ADHD thrive under external structure) and we will get it done.

Life is tough but less chaotic. As ADHD messes with the executive functions (essentially the automatic sorting system in your head that deals with emotion regulation, planning, etc), I have to manually sort out a lot of the information that I take in. Even something like listening, which is automatic for NT people, I have to deal with manually.

Why is Neurodiversity important to you

To me neurodiversity is about acceptance. Not only the acceptance of neurodivergent people by society, also, and most importantly, acceptance of who we are ourselves. I really struggled after my diagnosis when I saw my classmates graduate year after year. I was comparing myself to them and feeling bad about it.

However, when I finally acknowledged the fact that I would probably not be as fast as others at a lot of things, I started to feel better about who I was. Life is not a competition and everyone has their own pace.

Acceptance of that fact and ourselves is what neurodiversity is for me.

If you are Neurodivergent (autistic, dyslexic, dyspraxic, bipolar, Tourettes, OCD, ADHD, ADD, or other) and are interested in becoming a contributor to Me.Decoded then please get in touch.

Autism and the woven tapestry 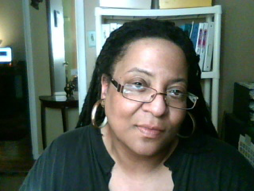