I work in a nursery and have previously written about my tips for working with me. I live with autism, depression, anxiety and OCD, and I want other people to know what it’s like to live like this so that they can begin to understand.

This is why I want to share with you a recent experience when my anxiety and OCD were triggered, and I was left being unable to cope.

Taking time with the family and an unexpected bug

I’ve taken just over a week off work as I needed to use up last years annual leave, and decided to head off to visit my older sister and her three children.

They used to live close-by, but now live about three hours away. This means that I don’t get to see them as much as I used to, or would like to. I’ve always been very involved in raising my nieces and nephew right from newborn. I love being a hands on Auntie.

Whilst there, we took the kids to play at my sister's  friends house. Her friend had hired a bouncy castle for the weekend and thought the kids would like to play with her three. They all had a great time together. Then the next morning my sister's friend texted asking if we were okay and not ill. All of her lot had gone down with a nasty sickness and diarrhoea bug.

An insight into my anxiety and OCD

This set my anxiety right off. I have a fear of germs which has led me to develop contamination OCD.

I’ve always been prone to picking up common illnesses. When I was six, I got a nasty virus which caused a life threatening blood disorder and which hospitalised me. I was a hyperactive kid, being pinned down and on bed rest did not go down well. I remember nurses running down the corridors after me, panicking that I would fall or bump myself.  Something which could lead to a life threatening bleed which would be difficult to control.

Back home, I wasn’t allowed upstairs or to climb on anything in case I fell. I was unable to run and be free, which is something I loved. I was a very active kid, always running and climbing and playing outside, making mud pies, finding bugs and looking after them (I once had a pet snail which got eaten by a bird). I wasn’t allowed to be me essentially. I had to become this quiet, boring kid who wasn’t allowed to play outside at school playtimes, I couldn’t partake in PE lessons and I was kept on a tight leash by all the adults looking after me. I hated it.

I  was on high dose steroids for two years which stunted my growth by causing my growth plates to fuse when I was eleven which is much younger than usual. I’m just about 5ft, much shorter than my siblings.  I also had to have regular hospital visits so I could be monitored and I was left with a lowered immune system, meaning I get ill a lot.

I developed OCD around five years ago aged twenty six. I was struggling with severe depression and crippling anxiety. At this point I wasn’t diagnosed as having autism, so I ended up developing my own coping strategies as life became harder and harder for me to cope with.

I was washing my hands all the time until they were red raw, I would clean and scrub everything. I became terrified to touch anything when out in public, something I still struggle with. I won’t touch door handles or anything I perceive to be dirty. Public toilets cause so much anxiety that I will dehydrate myself by not drinking just so I don’t have to use the toilet when out,  I always carry hand sanitiser too. Shopping can be impossible as I don’t like touching things others have touched.

If I’ve been out of the house , as soon as I’m home, the first thing I do is wash my hands, then I will change my clothes as I don’t like ‘outside clothes’ to be worn indoors. I won’t have anything put on my bed such as mail or books etc. My bed is washed every week without fail on a hot wash and I make it in a particular way, it has to be just so. My room also gets a good clean weekly. I hoover it, dust it and clean my floor plus tidy up anything that’s out of place, as this stresses me.

Faced with my fear

The next day, the twelve year old (he is also autistic, has ADHD, and is mentally young) announced that he wasn't feeling too well. He fell asleep clutching his sick bowl. He also has anxiety which can at times be so severe that he is physically sick. I was supposed to be sharing a room with him and was just about to go up to bed when all of a sudden we hear him being sick. First in the bowl, and then into the toilet.

At home we have two bathrooms so if something like this occurs we can contain it pretty well, however, my sister only has one bathroom.

Immediately I panicked, my brain went into overdrive. I covered my face in my hoodie (to stop me breathing in the germs of course)  and went into the room, I grabbed all of my clothes that had been out and threw them all inside my suitcase as if to protect them from the germs  (somehow in my head this is perfectly logical). I bundled up my bedding and ran downstairs with it, I refused to sleep upstairs in case I somehow inhaled the germs or got  them on me. I needed the toilet but was terrified to go in case I touched something my nephew had touched and transferred the bacteria onto my skin.

Eventually of course, I had to go. My sister had cleaned up after him and had bleached and sprayed everywhere but still, in my mind I was asking - What if she had missed something? Would I get ill?

As you’ve probably guessed I have a fear of vomiting, I’m on medication for reflux which makes me more prone to getting sickness bugs. This is why everything has to be clean.

Working in a nursery, you can’t get a grubbier environment but I cope by washing and sanitising my hands all the time and doing my little OCD behaviours.

Dealing with my anxiety

So last night I ended up sleeping on the sofa, not very comfortable but at least I didn’t have to hear my nephew vomiting or be exposed directly to the germs. I lay down on the sofa and found myself crying, in fact I was sobbing. In my head, my instinct was to get out, to go home (not very easy when it’s three hours away!). I didn’t want to touch anything.

I felt guilty because I wouldn’t help my sister deal with my nephew. He struggles when he’s ill as he has bad sensory processing disorder and doesn’t recognise his bodily sensations. Due to all the commotion, the five year old (she is being assessed for autism) woke up too and wanted reassurance. Again, something I couldn’t do. The seventeen year old stepped in and helped my sister out. I felt awful as I couldn’t get my panicked brain to calm down, to be rational about it all, to be the adult that I am and help my sister deal with a sick child.

Living with anxiety and OCD

Even when I think I have things under control and I’m feeling okay in myself, something like this happens and it triggers an avalanche of fear and panic. I hate feeling so out of control.

It’s such a huge feeling that I can’t even explain it to others, they don’t get it. They think I’m being irrational, over reacting, being dramatic because I don’t deal with sick. It’s not that at all, I can’t deal with sick, I physically freeze. It’s this fear that has developed over the years and has come from being ill as a child. Always having to be careful in case I got hurt or unwell. I have had therapy for my OCD but I found it difficult and distressing, and I have struggled to put the strategies and techniques into place.

Anxiety and OCD are serious conditions, they can take over your life without you realising it. They have a habit of creeping up on you until everything seems to just collapse around you and you struggle to function. This for me is where my severe depression then comes in.

If I’m struggling with my anxiety, it makes my OCD worse.  Then because of this, I become depressed because I know I’m being irrational and unreasonable. I know that.  So somebody telling me this is not helpful at all. I can’t control it all the time. It’s like a wild beast - you can contain it for so long until it eventually works out a way of escaping.

This is how my brain works. 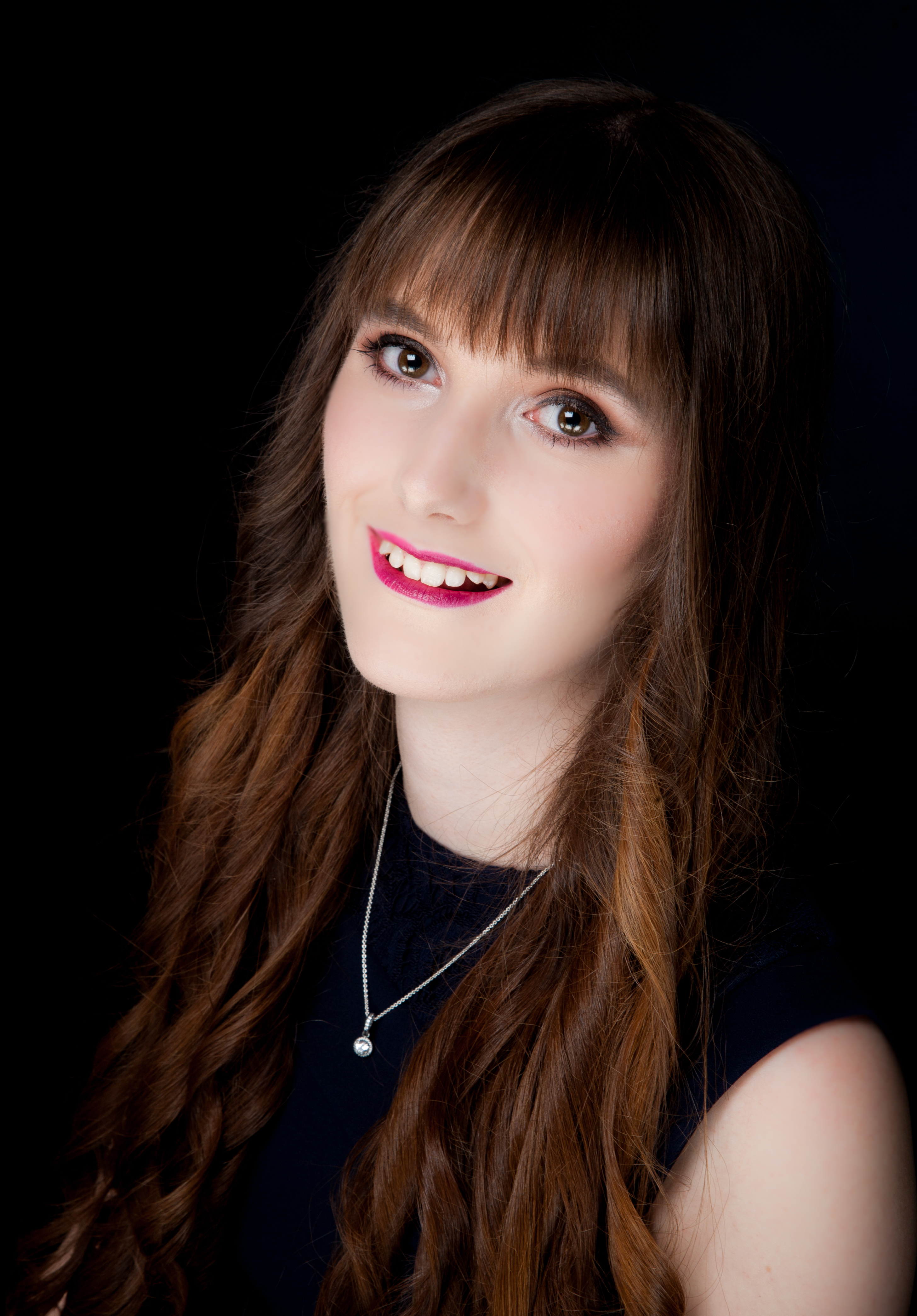