It’s a beautiful, warm afternoon. I watch the butterflies flitting from flower to flower out of the large paned window, and notice a Bumblebee crash land on a powder pink flower head. I don’t know its name, the flower not the bee.  It’s pretty. I feel calm and safe. Suddenly, I feel a tug on my shirt sleeve and I hear my name being called in the distance. Then my name is being screamed and the person shouting it is in front of me. As the flowers dissolve into darkness and the calmness fades, I am back … back in the classroom at secondary school and can hear the laughter of the other children. I feel sad and lonely. Again.

That is how I remember school. Swaths of sadness and isolation, broken by brief opportunities to escape into my safe little world which existed through the clear panes of glass that were sprinkled around the old Victorian school building. I had the added bonus of being tall for my age and also chubby, which ensured that I attracted the attention of the cream of the school bullies.

It wasn’t only my physical differences that made me feel isolated and alone. My few friends were quiet and introverted. They were a great comfort, but never seemed to struggle as I did with their schoolwork. As one year merged with another, I noticed that I was in lower set classes. I wasn’t envious of them, that’s just how it was. I continued to sit next to the window and tried to catch sight of those beautiful butterflies, as often as I could.  Jealous of their freedom to float on the wind and fly away whenever they wished.

I drifted, almost sleepwalked, through my education. The comments “nice girl but easily distracted, must try harder” being repeated on my report card, term, after term, after term. I somehow managed to achieve some ‘O’ Levels and a smattering of CSE’s during my final year. I think it was at that point that I woke up to the fact that I struggled with the whole education ‘thing’.

I secured my first job a few weeks after leaving school and immediately felt the freedom of being away from the building that had kept me encased for so many years, and being away from those whose indifference or hatred had made me feel so lonely. Despite my unpleasant educational experiences, and knowing that something was different about how I thought, I decided that I wanted to be a police officer more than anything else in the world. This would involve more studying.

This time, my feelings towards learning were different. I wanted to do this and while I would probably still want to watch the butterflies out of the window, I could approach learning my way. There wouldn’t be the naysayers, and this would be on my terms.

Over the next 12 years, I studied and passed two more ‘O’ Levels, an ‘A’ Level and the entrance test for the police. It was tough work, much harder than I had remembered from school, but that palled into insignificance compared to the fantastic feeling of achieving those goals.

For 25 years I enjoyed a whirlwind of a career, passing all my promotion exams first time; being promoted twice; being a firearms officer and public order officer and medic. I worked in two UK police services; held two national posts and was posted on an overseas mission working with an international team supporting the post-conflict reconstruction of two countries police forces. There were some significant personal sacrifices, but what a different pathway from the one forecast by the teachers who barely noticed me and the bullies who put me down.

Along the way, I met some amazing and inspiring people who helped change my mindset about the difficulties that I had encountered and the adversities that I had to overcome. I had taken some additional exams when I first left school, but never, in a million years did I think I could ever take on a degree. I began to understand how differently my brain worked, and how I had learned to deal with different situations. I accepted that sometimes I had the attention span of a 2-year-old and that elements of writing and numeracy were a challenge, but I had overcome them through dogged determination and resilience. But a degree…no…that was a step too far.

Then I was fortunate to work with John* while on my first national posting. An amazing academic, with experience of the police, who challenged me about my lack of confidence in my abilities to achieve whatever I set my mind to. When I came up with a reason WHY I couldn’t take on the challenge of a degree, he gently peeled away the excuses and left me feeling that this would be the same as the other goals I had set myself and achieved; hard work but definitely doable.

Alongside my developing career, I completed a BSc, achieving a 2:1. I am hugely grateful for having someone who so wholly believed in me and supported me, that it allowed me to break free from a powerful limiting belief - that I was too stupid to achieve such a huge goal. BUT even more amazing than this, was that his belief in me helped build the confidence and resilience I needed to take on and pass an MSc this year, and I definitely haven’t finished yet!

At the grand age of 54 years old, I was finally diagnosed with a number of neurodivergent conditions, including Dyslexia. A confirmation that I did think differently to others, but it doesn’t define me, nor make me sad or resentful. When I heard the words that explained nearly 50 years of struggle, loneliness and sometimes sadness, it was more of “Arha, that explains it” moment! I am not in a box that’s labelled ‘neurodivergent’. I am still the same person. Now I just realise that I have some superpowers that can help me be hyper-focused and achieve amazing goals, while also sending me on grand rabbit-holing expeditions and looking for butterflies. That’s OK.

Now, after my rewarding career and huge personal achievements, life has taken another turn. With this new evolution, me and my superpowers are entering a whole new world. From a police officer to caregiver and entrepreneur. It’s both exciting and scary at the same time. I have learned so much about myself since those early school years and during my professional life, that there is little now that I feel I can’t face and deal with.

Would my life have been easier if my brain had been wired differently, undoubtedly it would. Would have I had the same experiences and met the same amazing people, like John, if my thinking had been different sometimes, definitely not.

I wouldn’t change anything. Things are just as they should be. I’ll just add butterfly chaser to my list of skills in my bio now.

* This is not his real name.

We are always looking for people to share their experiences or thoughts on topics related to Neurodiversity. Please get in touch if you are interested. 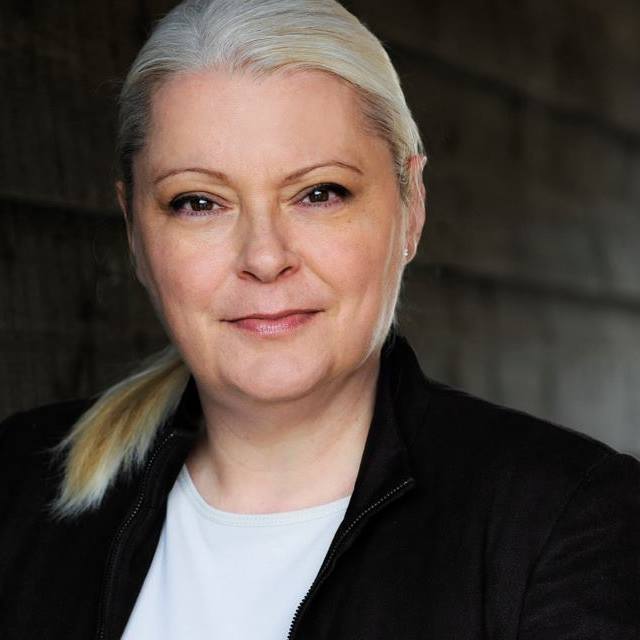 I help my clients rebuild their confidence, develop resilience and establish a sense of identity and support them to focus on clear, achievable plans to maximise their potential.
Previous Post
Autism, Embracing Neurodiversity, Personal Stories

How I Manage Impostor Syndrome as Someone who is #ActuallyAutistic

Why I Love Shopping at Aldi as Someone who is #ActuallyAutistic