Autistic people with ambition to make a difference in the world are faced with 2 choices in life: either fit in with other people's organisations, cultures and hierarchies, and get a job. Or, deal with the uncertainty, risk, and self-promotion required to start your own business. My autism selected for the latter, and at heart it comes down to my challenges dealing with other people. I believe that for many of us, autism positively selects for entrepreneurship.

An inability to deal with authority figures 'appropriately' meant that employment was always a challenging option for me. I can’t even sit still when the headteacher of my daughters school lectures all the parents about some trivial thing. In fact, fitting into the culture of other people’s organisations has always been a big ‘weakness', which the independence of entrepreneurship removes.

My own path to diagnosis started with frustration at isolation in life, and a regular stream of conflicts with people, usually involving perceived bluntness, indifference, or rudeness on my part. For example, I never do well in trainings - I ask constant questions, challenge the credibility of the trainer, and can end up walking out or getting asked to leave. It takes considerable effort for me to consider the needs of the others in the room, and keep my mouth shut.

As long as I can remember, I have been driven by a troubling internal conflict. It is like the programming of different parts of my brain are at odds with each other. One part of me is anxious at the prospect of / carrying through of social interaction, which holds me back in social situations. Another part of me feels pain when relationships don’t work out, or I get too isolated and alone.

Why is it an advantage?

I believe not fitting into the culture of other peoples' organisations positions many autistic people well for leadership as entrepreneurs. When there is no other option for success, no fall-back through employment, then figuring out how to lead effectively becomes critical.

I find I am comfortable and willing to be the voice of the devils advocate, placing reasoning above comfortable consensus when decision making. For example, identifying when someone is more emotionally attached to an initiative, maybe through sunk-cost bias, rather than having a solid objective foundation for it. Being the blunt voice of reason can be an advantage, but an easy one to overstate as success relies on team effort, and this 'ability' can undermine team relationships.

Why is it a disadvantage?

There’s a saying from Verne Harnish that I like, to the effect of “I’d be a great entrepreneur, if it wasn’t for all the people”.

An unwillingness, or lack of ability to engage well with a wide range of people is a key characteristic that holds me, and other autistic entrepreneurs, back. This can manifest through staff turnover or failed relationships, along with the missed opportunity of connections and partnerships not made in the first place.

I’ve found this characteristic has held me back in three key areas:

How can it be harnessed?

Looking at each area above:

Engaging w Staff. I don’t think leading a large team will ever be a strength of mine. The difference between Management (which I can do just fine) and Leadership, is that Leadership is about an emotional engagement with people. Part of this is about inspiring people - maybe to an exciting vision, or to work in a culture or style that they engage with. Partly it is about making people feel emotionally engaged and personally cared for, and this is what I find exhausting. For example, staff like to have their birthday celebrated together with everyone, generally with some cake and small talk, which I find unbearable, and I get the shivers when I see a birthday coming up in the calendar.

The best solution is to find people to fill the gaps, like an HR manager or even General Manager. It requires that rare person who is willing to engage in this way with others, but requires little such support themselves. A good friend of mine, also an Autistic Entrepreneur, grew his business to a team of over 20 people with the close support of just such a person.

Another interesting route is to lean on freelancers, as they often do not expect the same level of engagement. I recently hired a freelancer onto our team with the words “I do not consider myself responsible for your emotional well-being” which was received surprisingly well.

Sales & Marketing. Activities such as networking can systemised (what my friend quotes from ’The Martian’ as: “Science-ing the shit out of it”). I have processes to turn this kind of work into a repeatable format, scripts that I run when in this situation, such as asking whether someone enjoyed the speaker at the event, or how it relates to their business. I have to remember not to get too intense or try and have a conversation that is too meaningful or deep, and talk as much as possible about them, and have a few phrases handy to break conversations short.

When it comes to making sales, I have found manuals such as ‘The Sales Bible’ by Jeffrey Gitomer very helpful, because they provide specific scripts to use at each section. For example, how to ask the right questions, spot buying signals, or what to say to close a sale. I find I am able to successfully do this well, albeit maybe in a mechanical, formulaic way.

I find sales work especially well for me when I go together with a ‘People person’. I have a coach in my team, and we pair up well on sales calls, he does the parts I feel unnecessary, agreeing with everything people say, and indulging in chit chat, and I cover the harder, more functional parts of the conversation.

Diplomacy. The key is to deliver alternative views in a way that they can be accepted by those receiving them. There are several techniques that have made a huge difference for me..

Terms to never use. I never use the word 'but’. This sounds extreme, and you may even find contraventions to this rule within these articles, BUT in spoken language ‘but’ almost always has a negative impact on what is being said. Take the phrase “You make a good point, but…” as an attempt at being diplomatic. In fact, it is a complete negation of what has been shared, causes defensiveness, and leads to conflict. ‘And’ is a great replacement for ‘but', such as "and I would add..", or "and an alternative way to look at that might be..”. This is something I learned from my coach Joan Mara many years ago, and it has never let me down. Then there is a long list of other no-no terms: “With the greatest of respect..”, “No offence..”, and “Please don’t take this the wrong way..” being common offenders. I have learned to eliminate these phrases entirely, as not only do they have the opposite effect to what’s intended, but what follows them is always unconstructive so also needs to be expunged.

Don’t Negate. There is a common habit of people in discussion to hide their true thoughts in negated phrases. For example, when someone says “I don’t mind that”, or “It’s not a problem”, oftentimes the opposite is true. What’s more, through the verbalisation of those words, despite the negation, people actually do hear that the issue or problem is bothering them. There are so many examples of this “I don’t disagree..” (I do disagree), “It doesn’t bother me” (it does), and “I don’t mind how you'd like to do it.. (ask me how I’d like to do it)”.

What does work? So what approaches do work when we don’t agree with people? Silence, or a pause is often a good place to start, as it softens people up to a difficult message. Then confirmation of understanding of what the person has said “I understand the point you’re making [then summarise it]”. Finally a few phrases that work well include “I see things differently because..”, “My experience is a little different..”, or “My reading of the situation is..”. Delivering responses in this way requires a few deep breaths. I like to think of it as a game that is being played, and congratulate myself on playing by the rules.

Getting on with people is - however much I would prefer to avoid it - a necessity in succeeding in business. In truth, I feel good if I’m able to achieve it. Autistic people may be well known for lacking social skills, but I find that I do feel great if I am able to successfully collaborate as a team, nurture a long term relationship, or close a sales deal. Successful human interaction is pretty fantastic.

The trick to achieving it - for me - involves a delicate balance. On the one hand, I have to be as close to my true and authentic self as possible, in order for relationships to genuinely work. A false version of me does not ring true with people, and doesn’t feel right to me either. On the other hand, I have to curb certain impulses and behaviours that undermine my ability to forge relationships. This is often small things, like remembering to ask about others, or holding back with very forthright comments. I need to brush up the exterior, whilst keeping the core intact.

Social interactions are preferable for me as an entrepreneur rather than as an employee for 2 reasons. The nature of my relationship with external partners is  transactional and clear. Typically, it is of service provider, either I'm buying from them, or they're buying from me, and it is codified as to what is required. Internally, as the leader of the organisation, I have a level of control over interactions that is preferable to me than fitting in as a subordinate.

Andy is a successful entrepreneur, and runs a coaching company helping high-growth companies to scale. Diagnosed w ASD in his 40’s, he is interested in connecting with other autistic entrepreneurs.
Previous Post
Embracing Neurodiversity

Celebrating Neurodiversity - a reflection on what this means

Neurodivergent burnout: the cost of closing the gap 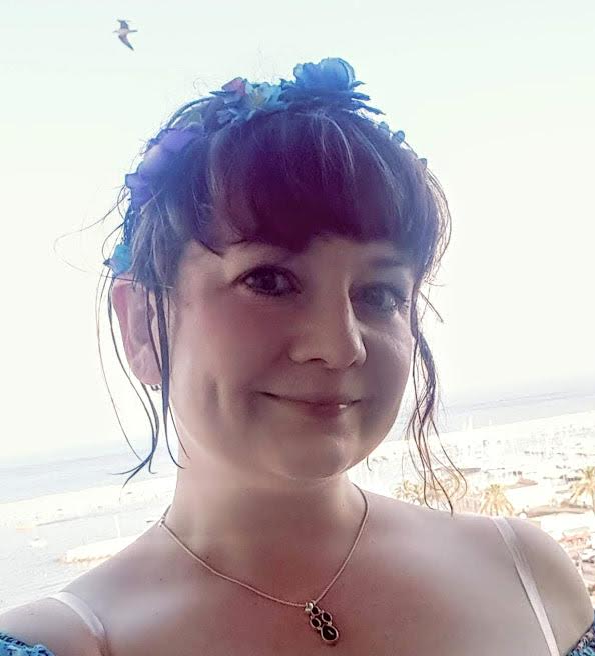