Autism, Hyperlexia and me

I found out that I was neurodivergent in 2013, although I had been exploring the possibility of this for quite a while before that.

At the time I was struggling with the ever familiar and constant cycle of depression and anxiety, alongside the frustration of not being able to express myself. For the first time in my life, I also had the realisation that I would not grow out of this (as I had always been led to believe would happen), which meant that my self-esteem hit rock bottom.

My struggles in life had always been put down to the fact that I was very shy and sensitive, coupled with a genetic predisposition to low mood and depression. Everything was attributed to this, including my failure to succeed in education. Thankfully, though, my parents realised how much I needed answers and paid for me to see an educational psychologist.

I knew that the results would either vindicate me in how I felt or show that there were no issues and I was just not very intelligent. Fortunately, the tests showed that I was at least averagely intelligent(!), but with a rather ‘spikey profile’. I was told that the results indicated that I had ‘hyperlexia’ and difficulties in semantic-pragmatics.

Whilst I felt relieved that I finally had a name for some of the difficulties I had always experienced, I found very little information about the conditions, except for there being a link with autism. I found this intriguing, as I had also experienced social difficulties and sensory issues throughout my life. Therefore, I got assessed and was diagnosed with Asperger’s Syndrome.

At the time I was studying at the Open University, and because of these diagnoses, I was able to access support through a Disabled Students Allowance (DSA). This also helped me to get some tinted ‘Irlen’ lenses, which made a huge difference in my ability to read and use a computer for extended periods (without these lenses the gaps between words look like they are swirling and pulsating). So, fast forward three years to 2016 and I achieved a foundation degree, having passed modules in health and social care, Welsh, music, mental health and human biology. Yet, even though I was pleased to have achieved this, I was still experiencing an intense level of anxiety, which had come to a head around the time of completing my final assignments and took me a further couple of months to recover from. Unfortunately, though, as soon as I started studying again in order to gain a full undergraduate degree, the anxiety came back with a vengeance and I had to drop out of the course.

This was just one of several times in my life that I have dropped out of a course of education. The first time was after two years of depression whilst at the local Sixth Form College, where I was unable to cope socially, emotionally nor academically. I was unable to communicate this to anyone, although my parents did their best to help. A couple of months before I was due to take my ‘A’ levels, I broke down in a Russian lesson, ran home and decided to leave college for good. This action made me feel better instantly, like a weight had been lifted from my shoulders (although, since then, periods of depression have continued to be a constant presence in my life).

After this pretty awful experience, in 1996 I went to Finland for a year as an exchange student (inspired by my passion for the Finnish language!), and on my return to England I gained my German ‘A’ level at another FE college. A couple of years later, in 2000, I also began a degree at my local university in Early Childhood Studies, which I managed for only one term, before deciding, conclusively, that I was not academic.

Understanding why I had struggled

It was only on receiving my diagnoses thirteen years later that I realised why I had always felt so frustrated. It was not because of my inability to learn, but because of my difficulty in verbally communicating what I know to other people! I have a real difficulty in summarising what I have read, seen or heard, and I especially struggle to talk coherently when I am passionate about something!

My brain seems to work in a rather non-linear fashion. I cannot read a book from start to finish, rather I have to dip in and out and often read the end first. I have to see the whole and know where I am being led, in order to understand the context and fill in the gaps along the way. I have a non-linear conceptual style of thinking, in which I see, feel and understand non-verbally. Speaking is very linear, and in order to be able to start speaking, you have to know where the starting point is of the information you want to convey. You also have to be able to instantly retrieve the correct words and phrases. These are things that don’t seem to happen easily for me. So, over my life I have learnt not to even try, and people assume I am ‘just shy’. I find it very embarrassing trying to tell people about a subject I am interested in or that I have been studying, and I get completely stuck and end up saying ‘it’s like…it’s like…’over and over again.

Trusting the process of how I work

The best decision I have made in regard to my education is to study for a BPhil in Autism. I started in 2017 and will finish in August this year. It’s distance education, so I study in my own time and in my own way. I have learnt to embrace how I learn and trust the process of how I work, even if it seems dysfunctional (even to me) at times. I love the course because I have, more or less, been able to determine the subjects and titles of my assignments, tailored to my interests. I love to research and have a good visual memory for everything I come across. Even though I can’t recall things verbally, I know where to find a sentence, quote or idea I need for an assignment. I do also struggle with concentration and it takes me a long time to get started on tasks, but I am embracing the fact that, once I am focused, my mind jumps around, constantly making connections between different ideas. I am learning to ‘go with the flow’ in how I work, and sometimes this means that I have to be prepared for the fact that my best ideas come to me when cycling, walking the dogs, or waking up at 4am.

I still experience anxiety, which means that sometimes I can’t study for days or longer because of my fear of failing. I also have to take anti-depressant medication to keep afloat with my mental health. But, most importantly to me, I can finally think of myself as being academic and I no longer beat myself up for what I find difficult or when I can’t explain something.

And, overall, I am now immensely proud of being ‘neurodivergent’! 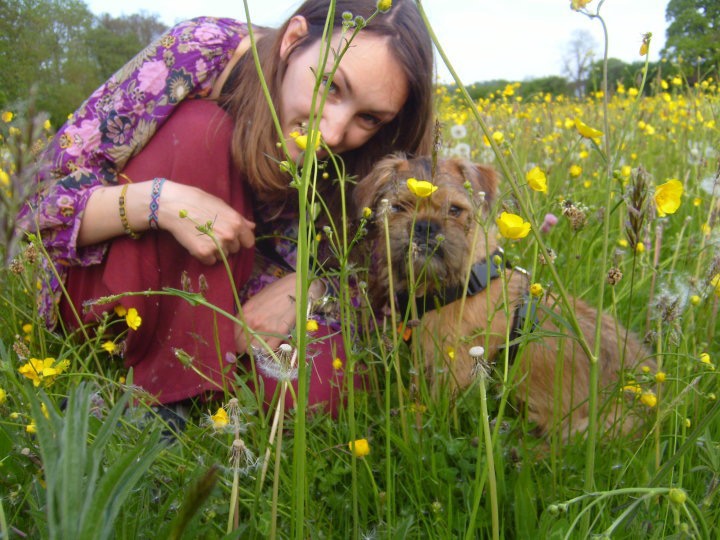